Transportation and orientation in Prague

Prague's public transport system is considered one of the most convenient and best in the world. So everywhere you go you will find an electric train, metro or bus or taxi. Passengers to less distant places are advised to use a taxi as the taxi drivers oppress and deceive the tourists as well as the locals through a “running counter” and all sorts of different methods in which the meter bounces the digits significantly. You will also find a river cruise, and a single cable car to Patrin Hill

For visitors who plan to stay in the city for a few days, it is recommended to buy a tourist pass, which allows the use of all means of public transportation - buses, electric train and metro. The ticket can be purchased at any kiosk, newsstands, intelligence stations and metro machines at a very reasonable / cheap price. Tickets can be purchased for a single trip, for one day or for three days.

- There are three metro lines that cross the city and constitute an accessible, simple and fast transportation artery. The tram ride is highly recommended and most efficient (the metro ride at night is less pleasant). The hours of operation of the metro and the tram are from 5 in the morning until midnight, when every three minutes one round of the metro leaves (during peak hours).

- The buses in Prague mainly cover the outskirts of the city and are suitable for those who want to reach destinations where the metro does not pass for example when you want to get to sites like Bovoba Draha or the Prague Zoo. 30) is every 40 minutes. Not all bus lines run at night, a bus that runs at night is written on the Night Bus station.

- is the most efficient (and also the oldest) means of transport in Prague. The tram lines are well networked and reach all major tourist sites. The trams run from 4:30 in the morning until midnight, in cycles of 8-10 minutes (8-15 minutes on weekends). They reach more destinations than the subway in Prague, the advantage is that they travel across the ground so you can watch the view of Prague which allows you basically a free tour of Prague which makes the trip a tourist tour. At night there are only 8 tram lines running from 00:30 to 04 : 30 in the morning.

It is important! - Undercover inspectors from the Transportation Police travel on the metro, tram and buses. If you are caught without travel tickets, with unsigned tickets or with tickets stamped at the wrong value, you will be required to pay a fine. Smoking in the metro area is prohibited and may result in a fine and in the worst case also a visit to the police station.

- In Prague there is a bad name for taxi drivers, they are considered to be trying to deceive tourists. The general recommendation is to be vigilant, pay attention to the meter prices and also order taxis only from an official company (beware of charlatans!), How do you identify? There should be a green lamp on the roof, with the word TAXI written on both sides in black. On the two front doors should appear the company name, license number and fare. Inside the taxi there is a price list if it does not match what the driver asked you can tell him and if he always refuses and all get off. You can ask for a receipt and if the driver refuses to give your credit not there for him. Please note that it is not recommended to take a taxi outside the hotel, in front of the train station or any tourist site.

- The best way to get from the airport to the old town is by bus line 119 (the cost of travel is only 20 cars) and it goes directly to the metro station Dejvicka from which you can get almost anywhere in the city.

And I generally recommend walking as much as possible and experiencing the beautiful city!

in Travelor you can find hotels in Prague
with Cheapest Price Guarantee !!

in Travelor you can find hotels in Prague 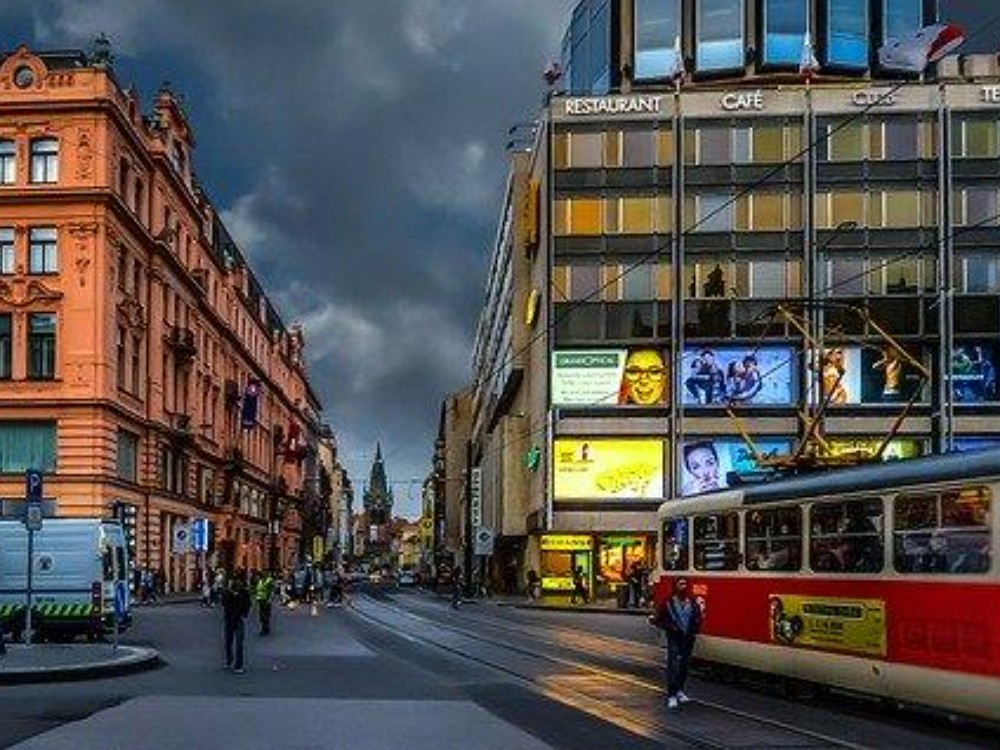