Buenos Aires, the capital of Argentina

Buenos Aires is the capital of Argentina .

The name Buenos Aires means good air and its origin has many speculations. The city lies on the banks of the River de la Plata (Silver River).

The city is one of the oldest colonial cities in South America.

The city is home to one of the largest ports in the world that also serves neighboring Paraguay and Uruguay.

The city is divided into neighborhoods - Barios for administrative purposes that were originally based on Catholic communities.

The derogatory name for the residents of the city "Fortnius" came from a popular song by tango singer Alberto Castiglio, named 100 Port Neighborhoods although in practice there are only 48 official ones.

San Telmo, Retiro and Palermo, some of which are even subdivided into sub-neighborhoods.

In recent years, a division has been made into 15 communes that are reminiscent of the familiar division of districts,

In each of which you can get municipal services: paying taxes, fines and issuing marriage licenses.

On vacation in Buenos Aires and anywhere else in the world it is advisable to disconnect from the TV which in my opinion intensifies the negative things.

The neighborhoods that are considered safe are: Recoleta, Palermo, Cabagito (Horse), Puerto Madero.

Transportation in the city is mainly via sub-public subways, yellow-black taxis by meter, bus-public, public-train,

UBER app, remission of a private shuttle service by kilometers, the fare is higher than a taxi and determined in advance according to the km of the trip, as opposed to a taxi that operates based on the operation of the meter.

The NH Hotel is located about 150 meters from the famous May Square where demonstrations were held against the regime in protest that their sons had disappeared in the months leading up to the protest.

The Pink House Casa Rosada - casa rosada 3 minutes walk The main workplace of Argentine presidents - is located on the east side of Mayo Square.

The Edificio Kavanagh building is a 120-meter-high residential skyscraper with 31 floors. Its architectural style is rationalism - Art Deco. The building has won several awards and titles.

Buenos Aires Metropolitan Cathedral is a 2-minute walk away.

Museum of the city about a minute walk The hotel has double rooms, rooms for three people, rooms for four people and even rooms for six people. 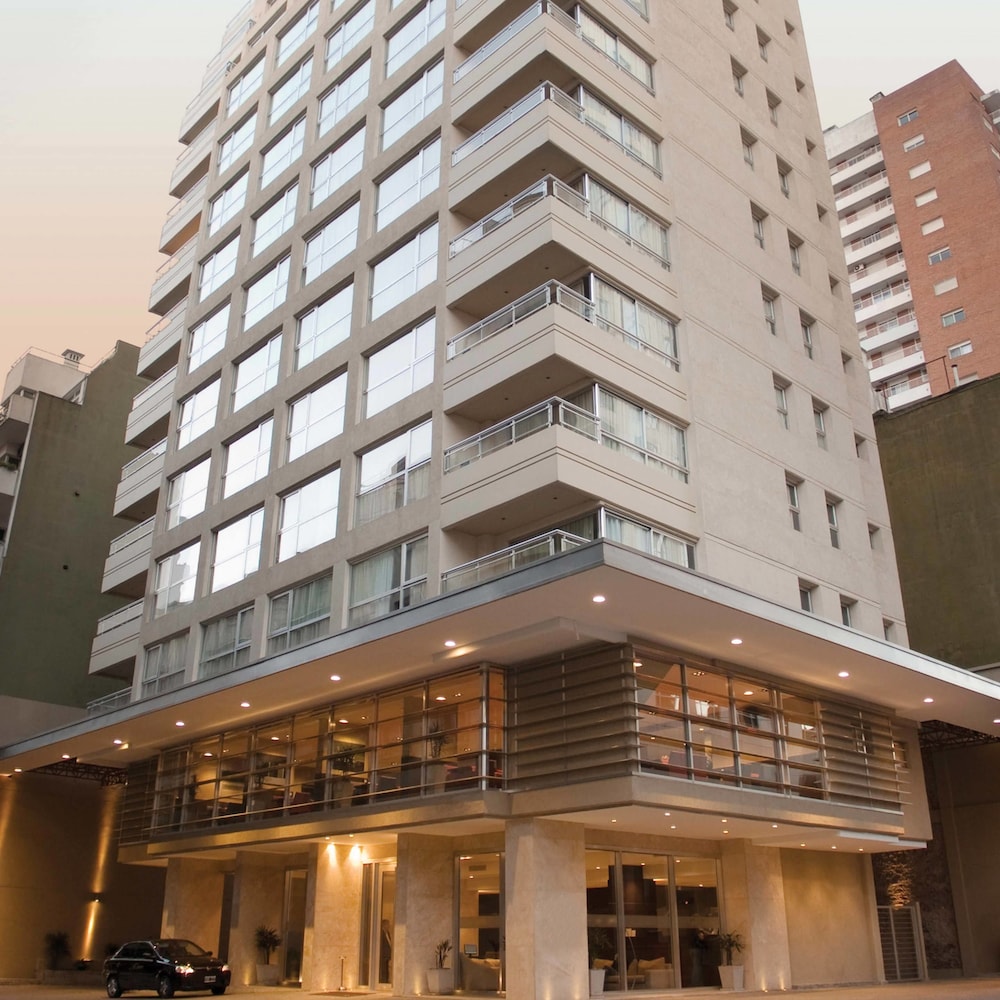 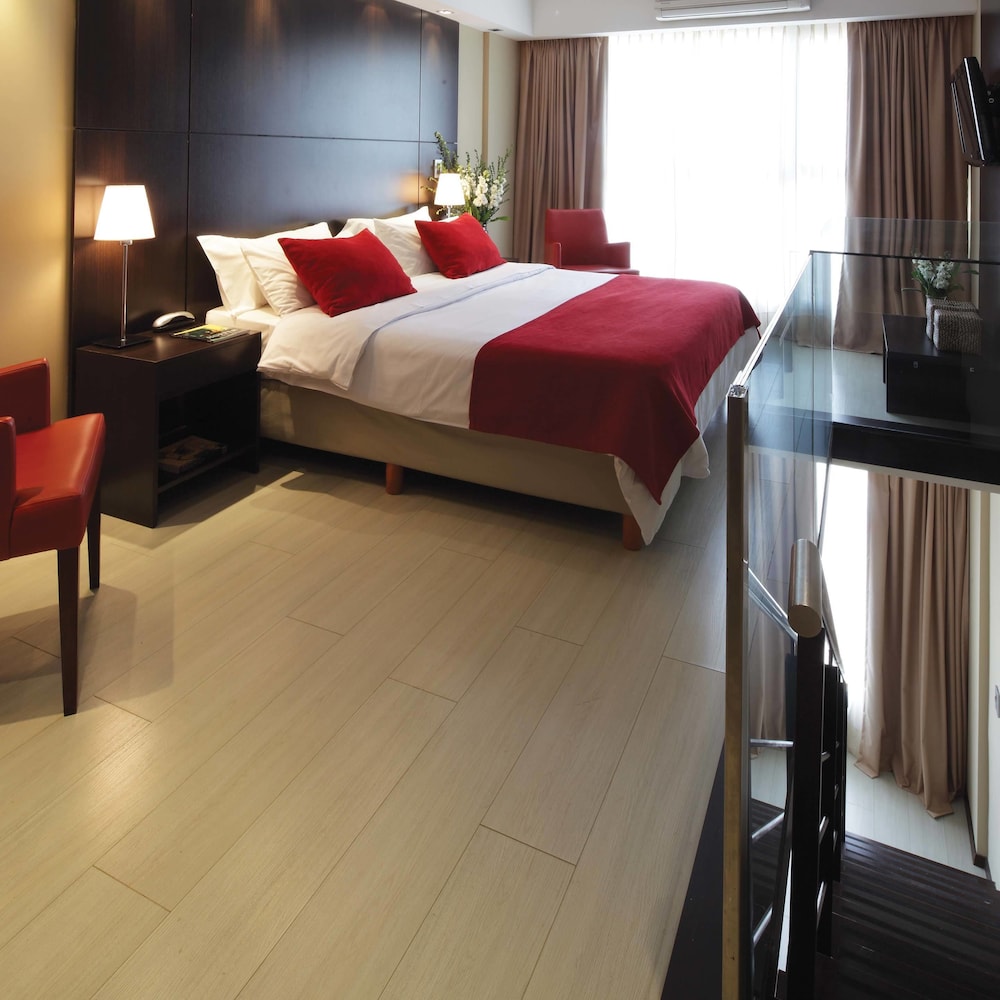 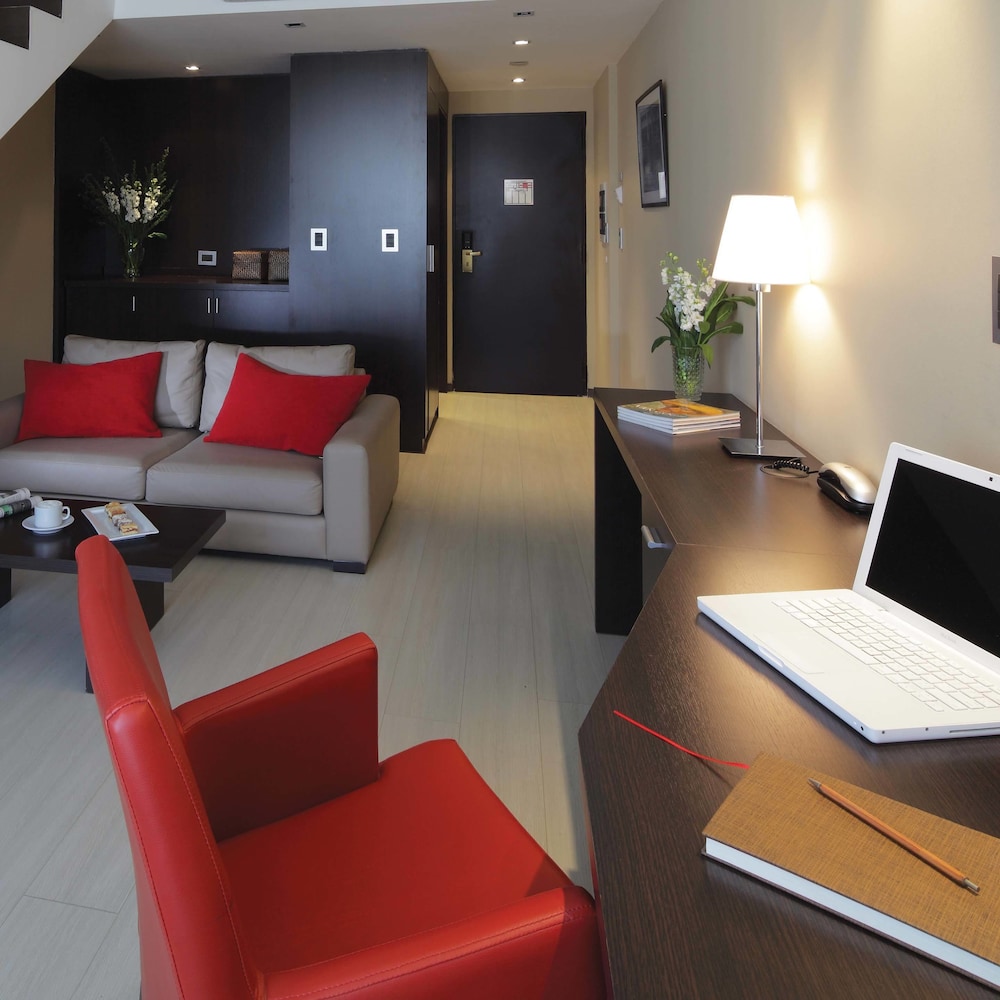 The Htl City Baires Hotel is located not far from the main and well-known destinations of the city of Buenos Aires, about 200 meters from the July 9 boulevard, where the obelisk is located about a 16-minute walk from the hotel.

Avenue of Mayo (avenida de mayo) which houses Mayo Square and the Pink House and the famous Tortoni Cafe due to the art and stained glass in which the cafe is located was established in 1858. 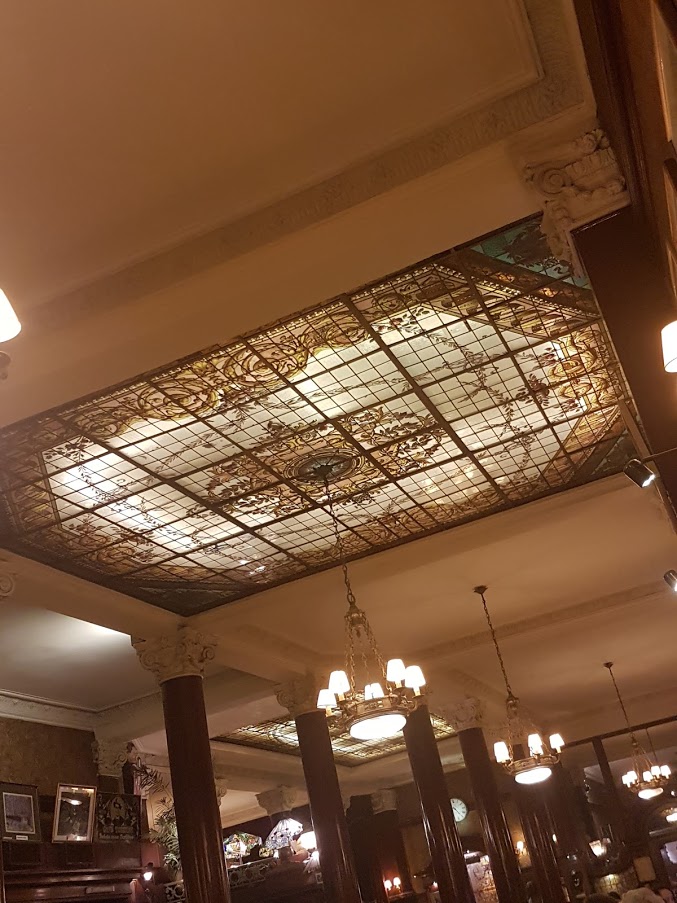 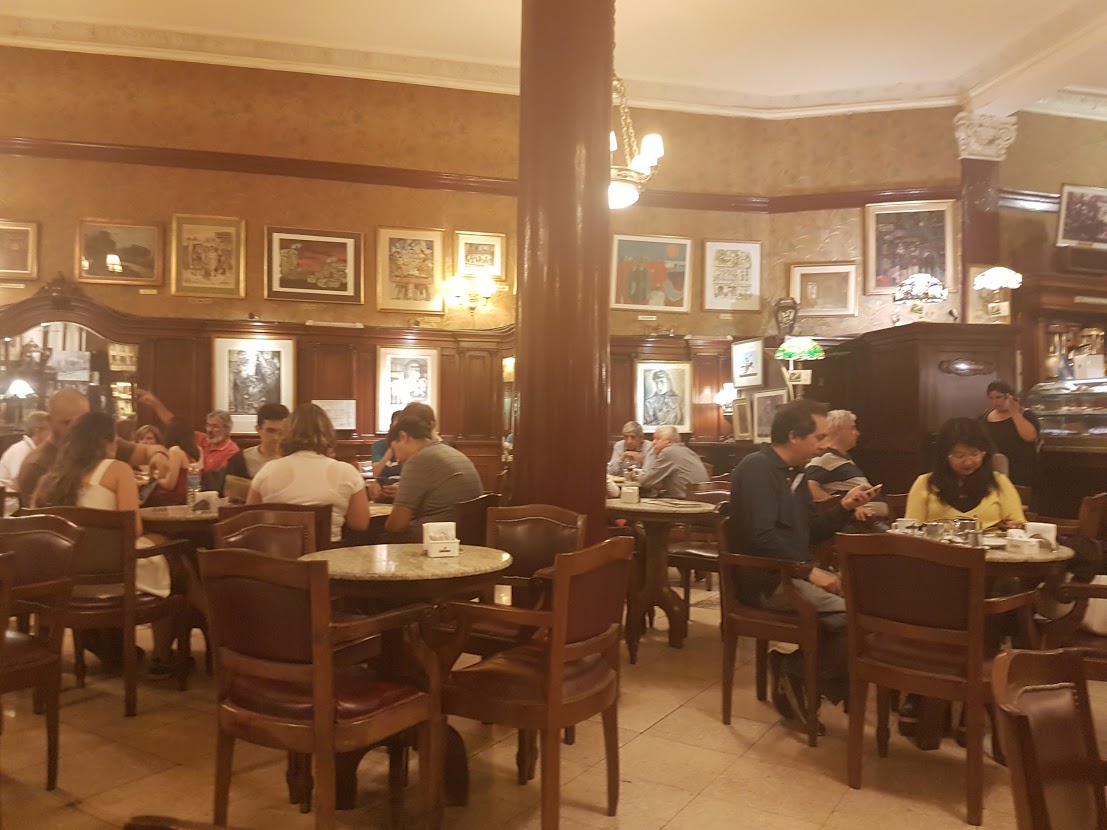 10 blocks from Puerto Madero where you can find a meat restaurant eaten as much as you can Siga La Vaca - follow the cow (Siga La Vaca), and the lively Florida street.

The hotel enjoys a favorite location in the heart of the historic tourist area of the city of Buenos Aires, among the nearby points of interest can be found the obelisk of the city, the Columbus Theater (Colon), the historic Mayo Square, the Congress of the Nation, the Government House.

The hotel is very much located to the historic center of the city (Casco Histórico) and the neighborhoods - San Telmo where is the famous flea market, Puerto Madro, and the Boca (the name Boca derives from the name Boca = here in Spanish located at the mouth of the Riaccolo River which is part of the Plata River) Distressed, colorful where the Boca Juniors' bonbonniere stadium is located.

Adjacent to the hotel is also the Pacific Gallery Mall with the ceiling painted by artist Bernie and various culinary spots.

Due to the hotel's central location it is close to the metro, subway, Akubisi and all major urban means of transport.

Points of interest near the hotel:

The El Ateneo Grand Splendid is a bookstore, which has been named the second most beautiful bookstore in the world.

The degree was awarded by the British Guardian in 2008, a 9-minute walk from the hotel

Museum of Decorative Arts about 12 minutes from the hotel.

Museum of Fine Arts about 6 minutes from the hotel

The Edificio Kavanagh building is a 120-meter-high residential skyscraper with 31 floors. Its architectural style is rationalism - Art Deco. The building has won several awards and titles. About a minute drive.

Plaza de francia is a 5-minute walk on Saturdays and Sundays.

in Travelor you can find hotels in Buenos Aires
with Cheapest Price Guarantee !!

in Travelor you can find hotels in Buenos Aires 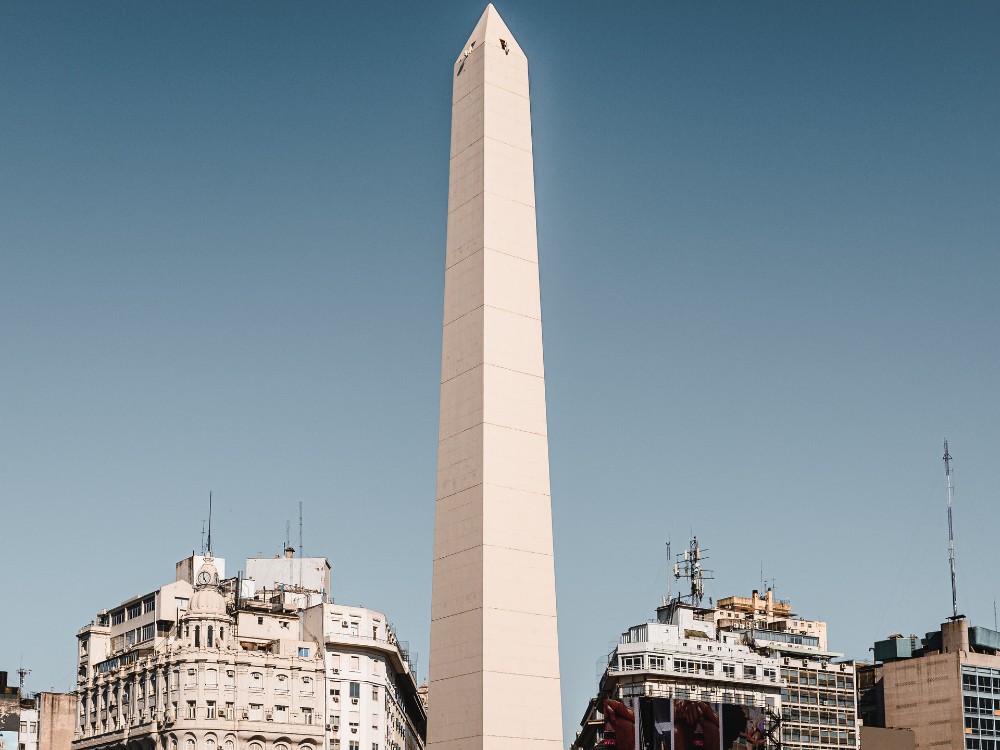